Thanks Chris, for telling me about PathPing!

PathPing is a network utility supplied in Windows NT, Windows 2000, Windows 2003, Windows XP and Windows Vista. It combines the functionality of Ping with that of Traceroute (in Windows: tracert), by providing details of the path between two hosts and Ping-like statistics for each node in the path based on samples taken over a time period, depending on how many nodes are between the start and end host. The advantages of PathPing over ping and traceroute are that each node is pinged as the result of a single command, and that the behavior of nodes is studied over an extended time period, rather than the Ping's default sample of four messages or Traceroute's default single route trace. The disadvantage is that, using the default settings, it often takes more than five minutes to produce a result.

Use the -q number option to reduce the number of queries per hop if you're in a hurry, as the default is 100. 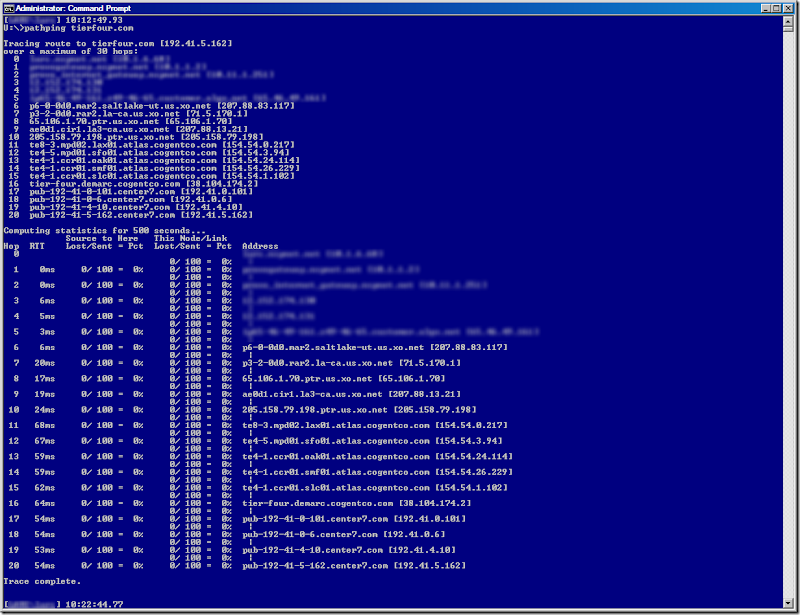 Ahh, if only you could have used mtr.

Doh! It's even awesomer than this, though that is a very nice tool

Pathping is essentially a rewrite of mtr - for Windows. Take a look at the parameters and output of both programs - nearly identical.